Starting on the Right Foot

CoughDrop started simply enough. Brian Whitmer, a software developer and entrepreneur, was trying to find a good communication system for his daughter who had been diagnosed with Rett Syndrome. Because of his background in usability he kept getting frustrated with poor design decisions and old technology, so he collaborated with over 30 SLPs, OTs and AT specialists to build something better. The result was CoughDrop. 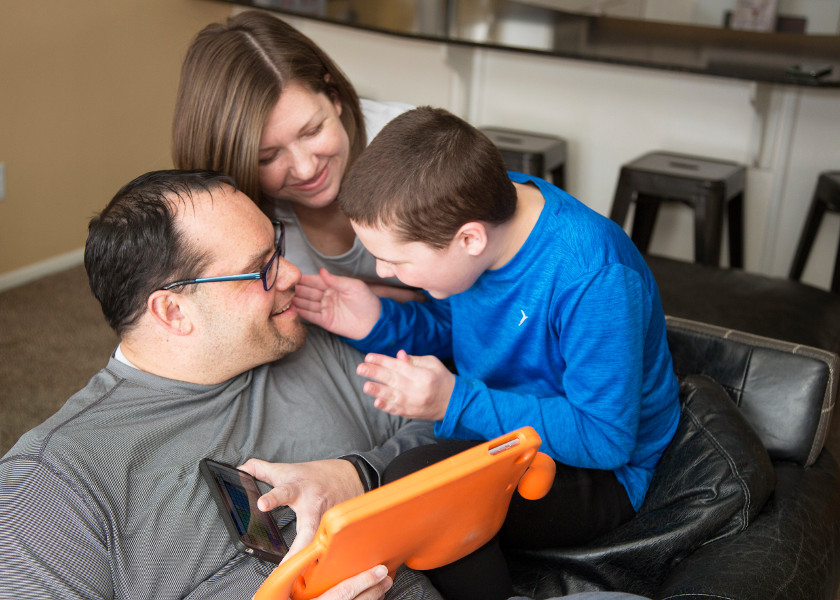 Before long Brian found Scot Wahlquist, whose son is nonverbal with autism, and the two kept working to make CoughDrop more effective for individuals with any communication need. They felt like too many providers were trying to "lock in" their customers with proprietary solutions and high prices, so they wanted to fix that.

As a result, CoughDrop is open source, and incorporates open-licensed content like free symbols and community-generated boards, and all our vocabulary sets are released under a Creative Commons license. That way we can easily collaborate with and publicly share resources with teams around the world in order to keep raising the bar.

Staying In the Know

CoughDrop isn't just a communication system for individuals, it's also a collaboration tool for the many people who support each communicator. With built-in reports and goals as well as a messaging and video-recording tool, teams can make sure they're on the same page and working effectively.

One of the biggest barriers to success with AAC is buy-in from the support team. When families don't know how they're supposed to help or staff and aides aren't comfortable using the system, AAC usage suffers or sometimes stops altogether. That's why we provide details reports on how and when communication is happening, but also follow it up with email updates and ideas and suggestions that the whole team can incorporate to be more successful.

In the end, we here at CoughDrop don't really think there is an end. We're constantly working to find ways to improve, and new components like built-in reading materials and third-party integrations to keep supporting the needs of communicators. And we'll always do it out in the open, where everyone can see and benefit because, well, that's just part of who we are. This work is too important for us to waste time trying to lock people in instead of giving them the freedom to communicate in the way that works best for them. We get that because that's the reason we're here in the first place.